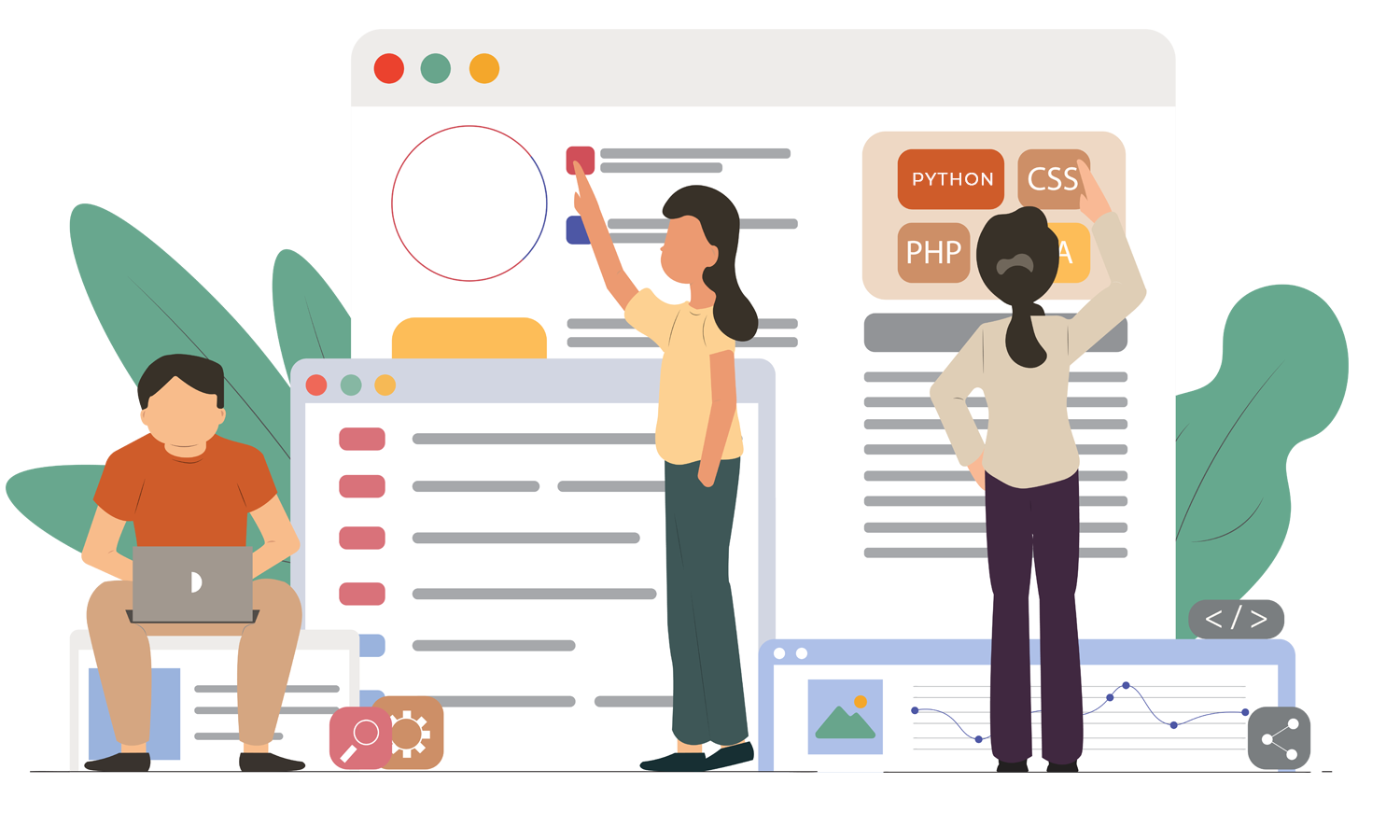 Python is also a major tool for mobile application development, frequently selected to develop APIs to ensure compatibility with diverse operating systems. There are also a variety of libraries used in creating the GUI of an application or game. Popular domains such as Instagram, Uber, Dropbox, and Pinterest use Python’s features available through open source libraries to create their apps.

Any company that’s looking for the best way to bring a smart app or game to life that will remain engaging and relevant in an ever-changing digital landscape is sure to find Python to be the answer to their question. Easily one of the most robust, versatile, and easy-to-learn programming languages ​​ever developed, developers can create virtually anything with Python, from sophisticated role-playing games to web apps and mobile apps.

Advantages and Disadvantages of Python

Developing applications with Python can be done five to ten times quicker than with C/C++ as well as three to five times faster than using Java. Well-structured, direct, easy to learn, and make use of, concise yet expressive, versatile, and uncluttered are what characterize the Python programming language. Python focuses entirely on code readability and visibility. This means developers can easily read, understand, and modify existing code and spend less time and effort coding. These benefits make Python one of the best languages ​​for startups because getting to market quickly often translates into a competitive advantage and faster ROI.

Python can be made use of to build almost anything, from websites to AI-based solutions to digital and scientific applications. The language provides many standard libraries and features that meet almost any programming need, which again results in rapid development.

Cybersecurity threats are increasing rapidly, which is why companies are looking for ways to ensure maximum security. Python proves to be an excellent choice for those who focus on data security. It provides authentication and authorization, email verification, and password reset features. Additionally, Python and its frameworks provide different mechanisms to address and eliminate security-related challenges such as –

Having a robust, supportive community is crucial for any language, as community members share experiences and help each other, create and upgrade features, update documentation, and resolve issues. A large community, in short, makes the language grow and develop faster. Additionally, a large community also implies that talented developers are easy to come by.

How do popular eCommerce platforms manage to offer you the right product recommendations? And how do OTT platforms know what you want to watch/listen to even before you provide any inputs? It’s all through machine learning. It just so happens that Python happens to be the best for machine learning and artificial intelligence programming. Among its key machine learning use cases are –

Despite all these advantages that the Python programming language offers developers and companies, it might not be the best choice for a project. There are times when Python simply isn’t the language for the job. There are specific applications where languages ​​such as C, C++, and Java prove to be better options. Highlighted below are the drawbacks of the Python programming language.

Python is an interpreted language. What this means is that everything you do goes through an extra layer so that the target machine can interpret and execute the code. It’s akin to speaking talking to someone who speaks a different language through a translator.

When comparing Python with C (which is a compiled programming language), it’s true that Python code runs slower if the execution time is measured. Still, Python’s flexibility serves as a counterbalance. The language provides practical ways to solve challenges and offers dynamic typing, which assists with rapid development. AS a result, Python beats C in terms of development time, which is often far more crucial than runtime performance, as less development time translates into lower costs and faster time to market.

When dealing with algorithms that need to run fast (e.g., sorting, searching, or just doing something on embedded hardware that needs to meet a specific speed requirement), it’s best to avoid Python altogether.

Although Python is powerful for both simple and complex web and desktop applications, it does not win any medals for mobile application development. There are several ways to make Python more mobile-friendly. For instance, using modules such as Kiwi. However, when it comes to deploying, using, and updating Python mobile apps, they normally fail because Python is not made for mobile app development.

3D rendering is computationally heavy. That’s why if game developers use a relatively slower language like Python for 3D rendering, their rendering won’t be as efficient and fast as most gamers expect. Also, developers cannot use Python with Unity, a popular game development engine.

Graphics require multithreading, movement, and raw machine power, which is why games developed with Python won’t run as fast as expected. Going for C++ or C# for game development over Python is always recommended.

Owing to its structure, Python requires a lot of memory. Python is not a developer’s best choice if his/her project is full of memory-intensive tasks and they have tight memory and performance constraints.

Instagram is an application that’s inconceivable without the use of Python. It used to be a simple site using Django. Django is essentially a high-level Python web framework. Therefore, in a nutshell, Instagram is a great example of one of the best Python sites. It has 400 million daily active users. Instagram allows users to take photos, edit them and share them. This shows that Python is essentially scalable.

Spotify, the world’s leading music streaming platform, is entirely Python-based. It completely transformed the way music is listened to. Nowadays, there is no need for downloading mp3s or surfing Torrent sites to enjoy the latest tunes. Spotify, which uses Python, is perhaps the best platform for these purposes. Through the use of Python, Spotify can not only handle features like Radio and Discover but also run powerful ML-based music recommendation engines.

Dropbox is perhaps the most popular of all Python-based web platforms. With a valuation of $10 billion back in 2014, which includes their polished, user-friendly desktop client, the creators of Dropbox have created a product that is recognized for its incredible user-friendliness. Dropbox has opened up much of its code, and it’s written primarily in Python. Dropbox can be installed on the Windows, Mac, and Linux operating systems, which is why it’s easy for programmers to see how the usage of the Python programming language has made it incredibly portable. Many third-party open source libraries are written in Python, and many of Dropbox’s projects are hosted on the Github repository.